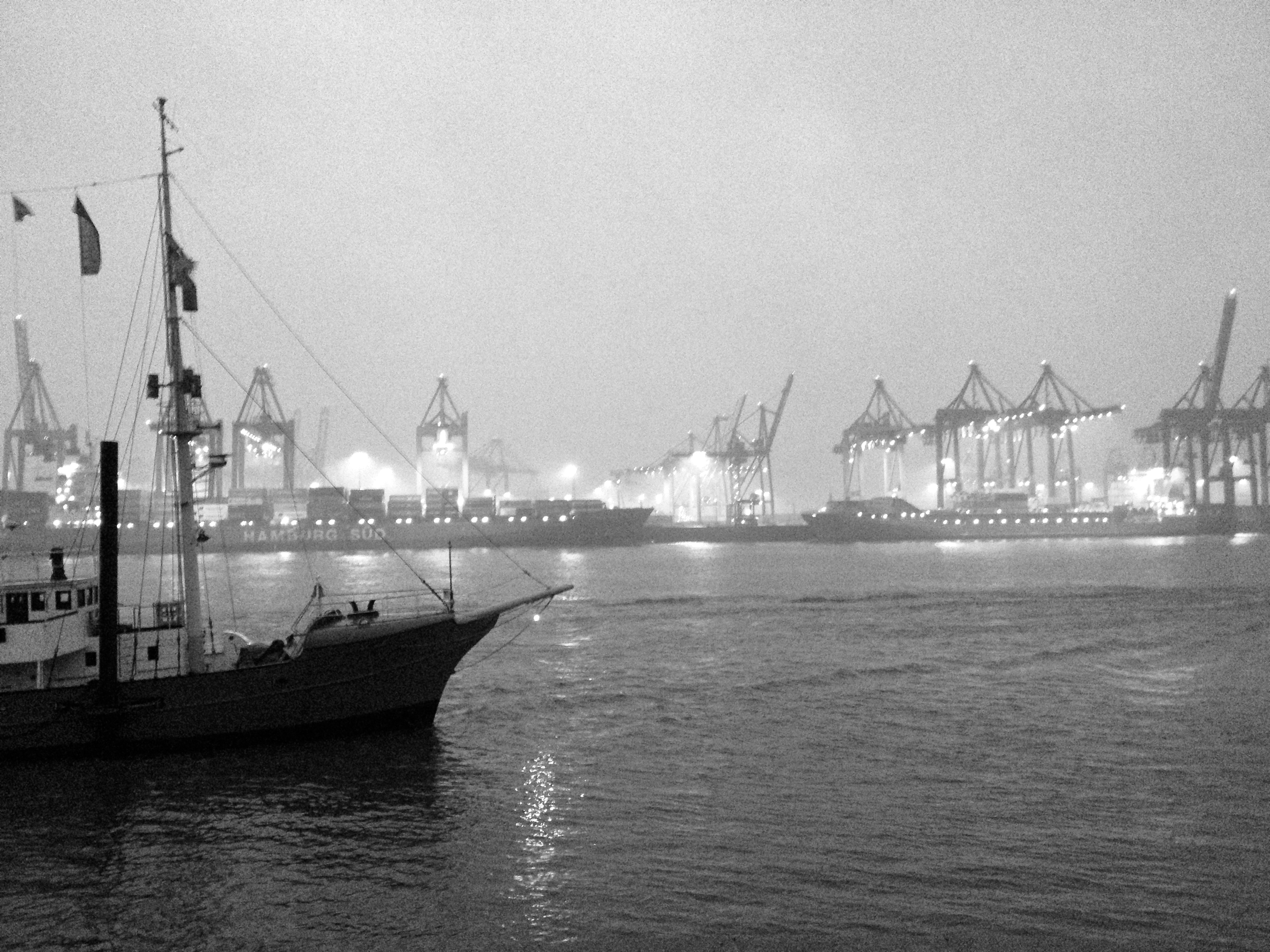 This morning, I got up at 5 a.m. in order to spend the early morning at Hamburg’s city beach at Elbe River. One of my favorite scenes in my novel will play at that same beach in an early April morning. The weather played along, because it rained as it does very often here. 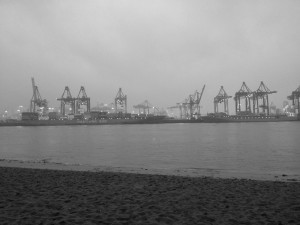 It was still dark when I arrived by ferry at Övelgönne-Neumühlen. Only one other person left the ferry with me. Two people were waiting at the bus station, but apart of them, I was alone. I made my way along Övelgönne to the beach, but as it was still dark, I was to scared to walk on the beach, so I looked for a refuge. Except of a raised bush there was nothing. After ten minutes under that drippy bush, I decided to go back to the port Neumühlen where I found a station refuge right on the waterfront. I sat down and tried to forget the fact that my winter coat is not waterproofed. I watched the huge Hamburg Süd container ship in front of me and several other giants that passed in front of me. My hometown Riesa is located on the Elbe bank, too, and it’s always relaxing and peaceful watching the river. But this morning, it was impressing watching those gigantic ships passing me in addition. I opened my notebook and started to write the scene I had in my mind. The cold was forgotten. 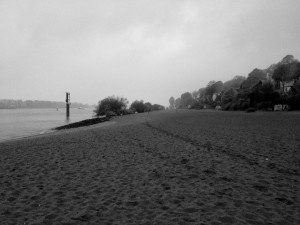 After a while, I realized that the dark was gone and the still hiding sun was already lightening the morning. I put away my notebook and walked to the beach. On my way, some joggers passed me, but the beach was still empty. No wind, still a bit drizzle and small waves. I watched the Hamburg Süd container ship on the other river side getting unloaded. No other ship passed, so I became a bit bored. Where should my scene happen? Right here or further down the beach? What is Anna thinking while she stands here? Is she still lost in thought or already angry? Two dogs played around my legs and I decided to walk along the beach to get a better idea of the setting. I found the perfect place for the main part of my scene and made my way back and to the center of Ottensen.

Now, I’m chilling in a nice café in the heart of Ottensen, having a delicious vegan breakfast (I am allergic to dairy). After posting that blog post, I will write the whole scene that took shape in my head this morning on Hamburg’s city beach.

Leipzig – A city with book tradition